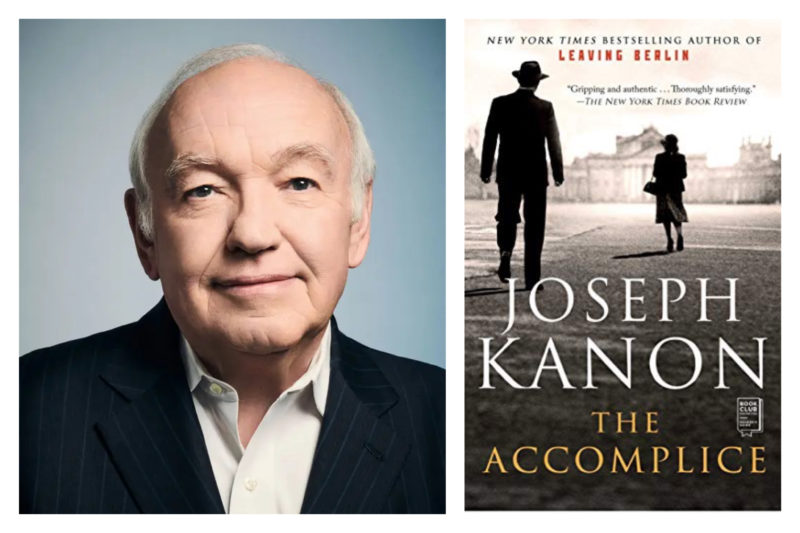 Synopsis. Seventeen years after the fall of the Third Reich, Max Weill has never forgotten the atrocities he saw as a prisoner at Auschwitz, nor the face of Dr. Otto Schramm. He was the camp doctor who worked with Mengele on appalling experiments and who sent Max’s family to the gas chambers. As the war came to a close, Schramm was one of the many high-ranking former Nazi officers who managed to escape Germany for new lives in South America, where leaders like Argentina’s Juan Perón gave them safe harbor and new identities. With his life nearing its end, Max asks his nephew Aaron Wiley, an American CIA desk analyst, to complete the task Max never could: to track down Otto in Argentina, capture him, and bring him back to Germany to stand trial. Unable to deny his uncle, Aaron travels to Buenos Aires and discovers a city where Nazis thrive in plain sight, mingling with Argentine high society. He ingratiates himself with Otto’s alluring but damaged daughter, whom he’s convinced is hiding her father. Enlisting the help of a German newspaper reporter, an Israeli agent, and the obliging CIA station chief in Buenos Aires, he hunts for Otto, a complicated monster, unexpectedly human but still capable of murder if cornered. Unable to distinguish allies from enemies, Aaron will ultimately have to discover just how far he is prepared to go to render justice.

We are in Hamburg and in a cold and windy day Max and Aaron are sitting at a coffee table. Aaron Wiley works for an American Agency and Max Wiley, his uncle, is a Nazi hunter. Max, aging, wants to trust him with his archives.

He would like the nephew to continue his work. While Fritz, a journalist friend of Max, is arriving, the old hunter sees a man passing. He knows him too well. The man is Otto Schramm a Nazi doctor who had been his university colleague. During his imprisonment, Max was forced to collaborate with him and now he can’t be wrong. Somehow Otto saved Max, using him as a scientist for the experiments in the concentration camp, but at the same time he sent Max’s son to gas chamber, with “useless people”. The strange thing is that Otto was officially declared dead. In fact two years ago he had a fatal crash in Argentina, the country that welcomed him after the World War II. Seeing the Nazi doctor, Max feels sick and he is rushed to a hospital. Sadly after few days he dies but he trusts the nephew with the delicate assignment to shed light on the mistery.

Aaron feels morally obligated to investigate on the affair and so he goes to Argentina to find what it’s hiding behind the Nazi criminal’s reappearance in Germany. Who has protected him until now and why? And when Aaron meets Hanna, the charming Otto’s daughter, the situation gets complicated…

The book moves on two different pathways. On one side we have the hunt to criminal Nazis, a hunt that cannot have an end, on the other we find the controversial flirtation between Aaron and Hanna.The story of the atrocities committed during Nazism is reflected in the coldness of the responsiblebecause they are always ready to justify or belittle what happened. The mission of Max, and after ofAaron, is to get justice and take to the trial the guilty. It’s important that it is known by everyone the sin of the men who have committed crime against humanity in order that those terrible things will not be repeated in the future.

But the protagonist is compelled to manage an ambiguous situation, between Otto and Hanna, between the assassin of his family and the woman he loves. A difficult situation especially since Hanna never shared father’s belief and she knew only as an adult what really happened in Germany. Her emotional state is between love and hate towards the father who is caring with her but at the same time cruel to innocent and unarmed people. While Aaron, after all, suffers decision of others, before of Max and then of Hanna, just Hanna, ultimately, makes a decision, painful and brave, proving so that she is the real protagonist.

In the background we find the Argentina of after Perón with its load of lights and shadows. This country, as many others of America, has tacitly welcomed who were escaping from Germany to start a new life and miss the due process that was expecting them in Europe.

I suggest to read it because it offers subjects for serious reflection about the 20th century.

(born 1946) is an American author. He wrote other novels, Los Alamos, The Good German, The Prodigal Spy and Alibi. Before becoming a full-time writer, he was a book publishing executive. He lives in New York City.