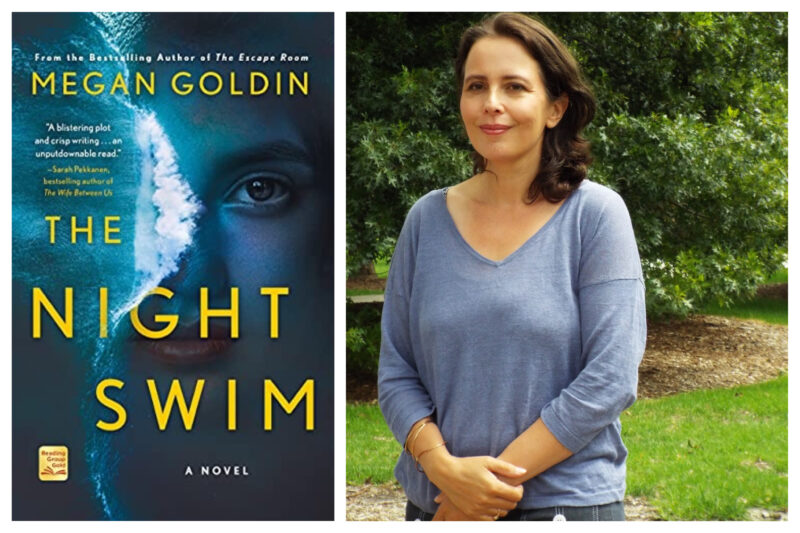 Synopsis. Ever since her true-crime podcast became an overnight sensation and set an innocent man free, Rachel Krall has become a household name—and the last hope for people seeking justice. But she’s used to being recognized for her voice, not her face. Which makes it all the more unsettling when she finds a note on her car windshield, addressed to her, begging for help. The new season of Rachel’s podcast has brought her to a small town being torn apart by a devastating rape trial. A local golden boy, a swimmer destined for Olympic greatness, has been accused of raping the beloved granddaughter of the police chief. Under pressure to make Season 3 a success, Rachel throws herself into her investigation—but the mysterious letters keep coming. Someone is following her, and she won’t stop until Rachel finds out what happened to her sister twenty-five years ago. Officially, Jenny Stills tragically drowned, but the letters insist she was murdered—and when Rachel starts asking questions, nobody in town wants to answer. The past and present start to collide as Rachel uncovers startling connections between the two cases—and a revelation that will change the course of the trial and the lives of everyone involved.

Rachel Krall is an author of a successful podcast that handles legal cases. For the third season she goes to Neapolis, invented name of a province town of American East Coast. She will follow an alleged case of rape. In this case are involved Scott, a young champion of local swimming team, and K. a sixteen-year-old girl.

Rachel goes as far as possible to remain neutral illustrating various testimonies, identifying herself into jurors’ state who will have to decide about guilt or innocence of defendant. However, it will not be easy to her to maintain distance, all the more so because a similar case takes up her time and attention. In fact when she is arrived in Neapolis, Hannah, amysterious admirer of her native to that town, begins to deliver Rachel few letters.

In the missives Hannah tells about the violence suffered by her sister Jenny when she was a teenager, twenty-five years ago. The violence escalated in a mysterious death by drowning. The authorities said it was a suicide but Hannah does not believe it. Curiosity and emotional participation with Jenny’s sad story will lead Rachel on the trail unsuspected murderer, while she is increasingly involved in the trial of K. and Scott.

Thriller is built with wisdom, nothing is left to chance. Storytelling proceeds smooth and quick, spreading clues slowly, to give way to the reader to take part in the investigation and involve him emotionally in the two complex and rough events. The suspense is maintained until final pages and the interweaving of the two cases, between past and present, is well packed.

The book is really enjoyable, with a solid plot and a clean, simple writing style, without frills, suited to the difficult subject dealt. In fact the theme in background has a great deal.

Talk about of rape and trials is not simple and the author is able to bring out every psychological nuance and feeling of the victims. How important are public opinion, press, media in general, all ready to tear apart each single moment of life of trial’s protagonists?

How is wrong submit the victim to a real psychological torture, bringing her to live again minute by minute the violence suffered in front of an audience and of lawyers ready to crush her at each minimum uncertainty?

Through Rachel’s podcast we enter in the courtroom and we see the various stages of the trial like we were there, anxious to get justice. A justice that does not always follow a linear path and thatdoes not always restore balance to victims.

The characters are truly sketched from psychological side. The victims are tormented and devastated, the rapers are arrogant and self-confident, the parents are anyway ready to defend their sons wholeheartedly, without even trying to question their own responsibilities in education.

A great thriller from all points of view.

worked as a correspondent for Reuters and other media outlets where she covered war, peace, international terrorism and financial meltdowns in the Middle East and Asia. She is now based in Melbourne, Australia where she raises three sons and is a foster mum to Labrador puppies learning to be guide dogs. The Escape Room was her debut novel.