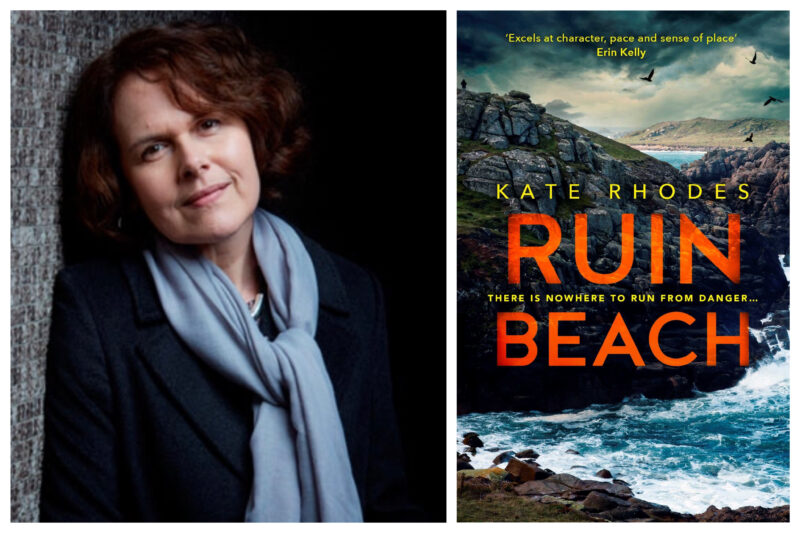 Synopsis. Ben Kitto has become the Scilly Isles’ Deputy Chief of Police. As the island’s lazy summer takes hold, he finds himself missing the excitement of the murder squad in London. But when the body of professional diver Jude Trellon is discovered, anchored to the rocks of a nearby cave, his investigative skills are once again needed. At first it appears that the young woman’s death was a tragic accident, but when evidence is found that suggests otherwise, the islanders close ranks. With even those closest to the victim refusing to talk, it seems that plenty of people might have had reason to harm her. As the islanders remain guarded, Ben Kitto suspects a killer is on the loose in Tresco. Everyone is a suspect. Nobody is safe.

Ben Kitto is back in Scilly’s Isles. He was born there and he works in the police, after a not easy experience in London. The Isles are a quiet place, they are inhabited by few people and everyone knows each other. The tourists choose them as an ideal destination for their natural and archeological attractions.

The ancient shipwrecks around the coasts are many and a lot people dive to admire them. In this oasis of serenity happens a terrible bloodshed: Jude Trello, young apnea free diving champion, is found dead near a cave sunken periodically by tide. Kitto begin investigation that highlights a connection between the recent murder and a strange fatal accident happened a few months ago. Meanwhile Tom, a young man who used to dive with Jude, mysteriously disappears. The signs lead to the traces of an ancient and legendary roman shipwreck.

Who among the islanders or among the tourist treasure hunting may have had interest to kill Jude and kidnap Tom? What is it so important lying in the depth of Atlantic Ocean? Kitto will have to investigate and sew the thread digging in the family secrets of many old and new acquaintances of his. He will find out hidden sides, for better or worse, in many of them and he will discover aspectsof their character that he would never have suspected.

Thriller proceeds with a fast pace and it manages to keep the reader attentive because it emotionally involves him following the developments of the intricate affair. All plays by the book, we have the presentation of the murder and of the possible motives, we have the investigation about the life of suspects, we have the red herring and at the end the final duel that dispels the doubts.

The atmosphere of the Isles is well told and the author cares to point out that characters and plot are obviously invented but the location is absolutely correct and peculiar landscape, tides and some hangouts belong to the real dimension. Characters in the fiction are appropriate for a small community which counts few hundreds of inhabitants always used to support each other in small and large adversities.

And so we dive with protagonists in the cold and rushing waters of Cornwall (in fact Shilly’ Isles belong juridically to this county) looking for treasures and submarine rarity, while the sun is shining outside inviting to a lazy rest.

The guilty will remain hidden until nearly the last page while suspects and motives multiply themselves: interest, jealousy, love, rivalry.

Who can say which of these sentiments is more able to turn the human soul to its dark side? Ben Kitto and his faithful big dog will learn it the hard way.

Kate Rhodes: è Kate Rhodes is a British crime writer, living in Cambridge. She began life as an English teacher and spent several years in Texas and Florida, teaching and enjoying the sunshine, before returning the to the UK. Kate is the author of the Alice Quentin crime series, set in London. Alice is a forensic psychologist and an expert on the psychology of violence. Kate believes strongly in researching her stories, so that every detail is accurate. Her research has taken her to some fascinating but dangerous locations, including high security prisons and psychiatric hospitals.