The Sister of Auschwitz 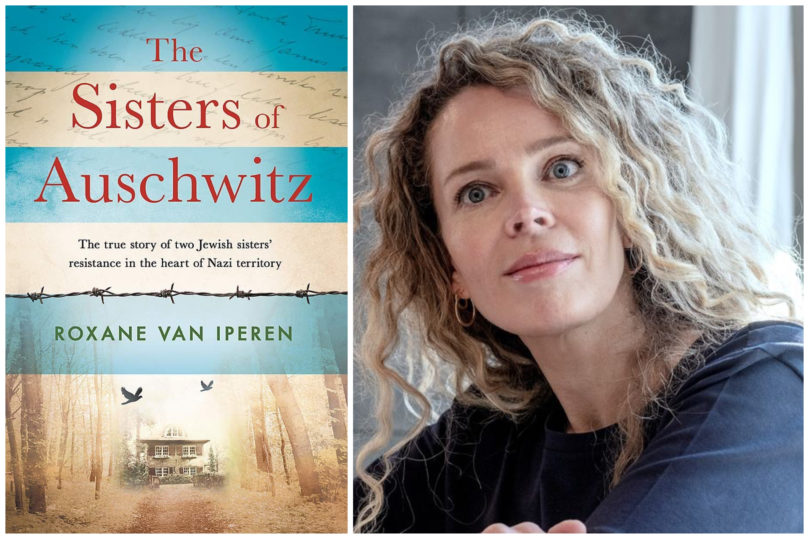 Summary. During the Second World War two Jewish sisters – Janny and Lien Brilleslijper – run one of the largest hideaways in The Netherlands: The High Nest, a villa in The Gooi area. While the last remaining Jews are being hunted in The Netherlands, the lives of dozens of hideaways kept going for better or for worse, right under the noses of their National Socialist neighbours. Eventually, the nest is exposed and the Brilleslijper family put on one of the last transports to Auschwitz, along with the (Anne) Frank family. Roxane’s novelistic eye combined with her rigorous research result in a hugely compelling portrayal of courage, treason and human resilience. THE HIGH NEST is a truly unforgettable book. After Roxane and her family moved into The High Nest in 2012 she spent six years writing and piecing together its story. Fundamental elements of Roxane’s research into The High Nest are the personal, unpublished memoirs Janny Brilleslijper wrote for their close friends and family members. Roxane gained access to historic interviews with Janny, Lien, Eberhard and others, as well as many personal conversations with Janny and Lien’s children. The book will contain many photographs from the Brilleslijper family archive.

Have you ever heard the expression: never let anyone stop you?

Do you want a full explanation of what that means?

Read this book. You can also think of the Diary by Anne Frank, or the movie Schindler’s List, which are shining, encouraging examples of that. And then go back to the two Dutch sisters Brilleslijper, Lien and Janny. Read their story and be relieved that people like that were living amidst the darkest and most violent times Europe ever experienced in the 20th century.

Think of their infinite and indomitable resistance. And then, when you finish the book, thank all Gods they lived. Without them, nobody would have survived the violent and cruel ignorance of Hitler and his fellow Nazis.

This is not a novel, but the intense story, full of historical evidence, of the tumultuous life of the Brilleslijper family in the Amsterdam between the two great World Conflicts. The first pages open with the events leading to the rising of the house called The High Nest in the 1920s by the musician Dirk Witte for his family: a majestic and comfortable building, surrounded by gardens and woods.

We leave this placid picture of sweet years going by and we are going to follow the intense characters and lives of the two Jewish sisters Lien (Rebekka) and Janny (Marianne) Brilleslijper. We follow them as they grow together with his brother Jacob (Japie), surrounded by a strong and close family network.

Perhaps they do not belong to the “good” part of society, and someone avoids them because they are Jewish, and in short, they are not very respectable, but they are very rich in love, independence, trust and resourcefulness. Both parents educate the little Brilleslijper to have their own minds and opinions, to have their talents grow and never to step back in front of anyone. And this seems to be a promise Janny takes upon herself and will keep with all her powers during the horrible years of her imprisonment in Auschwitz.

Before sinking into hell, though, the sisters fight harshly in the Purgatory that the Nazi regime is creating for them and for all the Jews in Holland. From a very young age they fight with all their might against the Nazis, both Germans and their Dutch compatriots trying to please the aggressive Teutonic regime. The two young women turn easily from being just beautiful and easy-going into smiling brides, strong mothers and finally into paper counterfeiters and anti-regime rebels. Tireless, indomitable, skilled, they are very good at finding trustworthy collaborators.

There are many young Dutch people who do not tolerate being crushed and vilified under swastika boots, and who do not hesitate to work in the dark to save lives and to encourage those who are weaker. Their husbands themselves are powerful supports for their clandestine activities, and one of them is a young German composer who does not hesitate to throw away his name in order not to submit to nauseating ideologies such as the Nazi one.

The author is very precise in following the sisters’ tortuous itineraries in order not to be discovered, in tracing all the hidden ties with their friends and collaborators, and also in summarizing the historical events and the legal provisions that lead to the progressive worsening of the life conditions for the Jews in the Netherlands. At some point, it seems that life becomes really suffocating for the Brilleslijpers and their friends. Many of them are kidnapped, killed with summary executions on non-existent charges, fall victim to the raids, leave to never return. Janny and Lien go near disaster in a few times, getting away with it at the last second. These sisters are brave, strong, unstoppable, unbreakable.

But even the strongest human being can do nothing against the weaknesses and betrayals of others.

Someone tells the wrong person about that gorgeous house in the woods, which went almost unnoticed despite its dimensions and beauty… and on a dark day the sisters, their entire family and the group of illegal Jews who were with them, are taken away by the notorious Jews hunters.

They don’t know yet, but Janny and Lien find themselves in the middle of the so-called Final Solution, just approved by the aberrant leaders of the Nazi command. They will resist with all possible and imaginable forces. Before disappearing on the damned trains, the mother of the two sisters had urged them to stay together forever. And to keep that desperate promise, Janny will bring out all her immense courage.

She will never get tired of having her sister back, instilling into her the desire to live in the midst of the darkest hell, even when both are reduced to little more than ghosts. And Lien will do the same. Both will endeavor to do so with another couple of sisters, Anna and Margot Frank, with whom they will share the same internment camp.

An epic story. Told with participation and preparation, sober objectivity without coldness, maintaining a good balance over the horrors and contradictions of a confused, cruel war, which has revealed abysses and heights in human beings, and which is still a painful wound, though if far away.

Roxane van Iperen, a former lawyer, is a writer and journalist. In 2016 she was correspondent from Brazil for De Correspondent and published her first novel. Shee lives in Nardeen, in The High Nest.